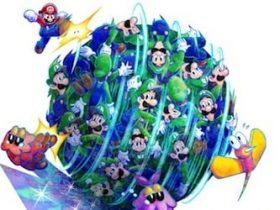 Reuters noted the news as being one of Kimishima’s closing remarks at the company’s press conference held in Japan earlier today, at which they had discussed their second quarter earnings release.

Nintendo last shared that more than 10.5 million amiibo had been sold back in May, with Nintendo of America’s Reggie Fils-Aime commenting later in June that the company was “extremely pleased” with how well they were performing at retail.

That’s now understandable, given that the number that have been sold worldwide has doubled over the last six months. Nintendo will now look to the new Animal Crossing amiibo range and amiibo cards to continue to “maintain strong momentum,” and commented today that the figures have “enjoyed robust sales.”