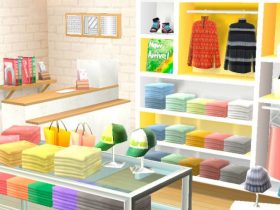 If you’ve been finding it increasingly hard to secure amiibo, then there’d be good reason for that.

While Nintendo had sold 5.7 million amiibo by the end of 2014, increased demand has seen that continue to shift another 4.7 million to close out the fiscal year.

Satoru Iwata noted that Nintendo had “achieved very strong growth,” reasoning that consumers will purchase amiibo “without any seasonal bias” throughout the year.

“We launched a new product category – amiibo – simultaneously with Super Smash Bros. for Wii U, and the end of the subject fiscal term marked a total shipment of approximately 10.5 million units worldwide,” Iwata had shared with Nintendo’s investors.

“As we had shipped approximately 5.7 million units by the end of calendar year 2014, it is safe to say that we achieved very strong growth even in the period immediately after the year-end sales season was over. Our assessment is that people purchase additional amiibo figures without any seasonal bias, as they are relatively more affordable than video game titles.”