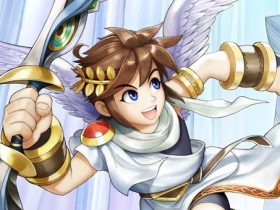 I always look forward to Nintendo’s financial results briefings, as we usually learn some particularly interesting tidbits. While Satoru Iwata has reiterated their plan to “sell card-format amiibo products,” the company have also been experimenting with other forms.

His extensive response to an investor’s question discussed how amiibo were referred to internally as the Nintendo Figurine Platform (NFP), “spreading the message inside the company that amiibo would be a ‘platform.'” It’s clearly been important to Nintendo that they’re seen as a long-term investment, and they are now working hard to increase the amount of software that is amiibo compatible.

At the close of his response, Iwata even shared that their development team were exploring opportunities beyond figures and cards. While card products allow for “shorter delivery time and lower production costs,” it seems that they’re looking at ways in which they can alternate play styles to differentiate themselves from the competition.

“I just mentioned in my presentation today that we will also sell card-format amiibo products,” Iwata explained to investors. “By taking advantage of the shorter delivery time and lower production costs for card products, we would like to further expand how amiibo can be used in yet more play styles. In addition, our development team has been testing various forms of amiibo other than plastic figures. We hope we can propose amiibo products in various forms in the future.”