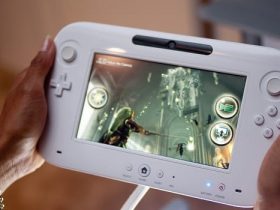 Super Smash Bros. for Wii U’s European launch has been marred by stock shortages, as retailers struggle to meet consumer demand for amiibo and the GameCube Controller Adapter.

The Adapter, which retailed at a sub-£20 price, is now nearing £100 on Amazon UK, while the online retailer has today begun cancelling orders that it can no longer fulfill – citing supplier issues with Nintendo of Europe.

That comes as the company shifted the launch date forward a week, having a knock-on effect on stock levels of the Super Smash Bros. for Wii U and GameCube Controller Adapter bundle.

amiibo, Nintendo’s splurge into the toys-to-life category, have been similarly affected, with numerous figures now out of stock both in-store and online. Nintendo Life reports that specialist retailer GAME have even upped their amiibo prices, raised to £14.99 per amiibo having been £11.99 just a week ago.