It’s 1071. A century may have passed since the Energi War came to a close, but, despite a signed armistice agreement, the Schwarzschild Empire has begun occupying neighbouring nations as they seek to secure world domination once again. That the war depleted the world’s population and resources matters not, especially to those with such an unending lust for power.

Their research efforts into energi never waned, and their military presence continued to grow in secrecy. And now, ready to assert their authority, their sudden invasion looks to force their sovereignty upon the world. 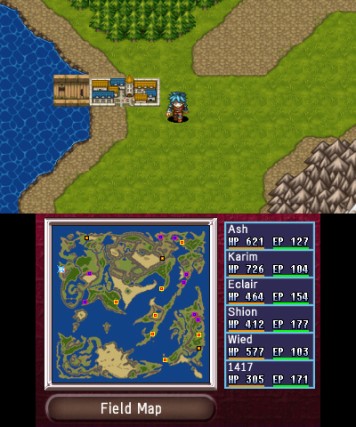 Alphadia paints a bleak picture, the two party characters that you are first introduced to, Ash and Karim, caught up in a conflict that neither wanted to be part of. Residents of Heiland, a small town situated on the frontier, each would soon become enveloped by a chain of events that they could never have anticipated.

That’s partly thanks to Princess Shion and her bodyguard Wied, who, after Karim complains that nothing ever exciting happens when they are on guard duty, are spotted fleeing toward Heiland with soldiers in close pursuit. The reason? Because they were on their way to join the resistance, rising against Schwarzschild’s tyranny.

This is a traditional RPG in every sense of the word, whether that be the grandiose tale, turn-based battle system, and inevitable levelling. Harking back to genre classics is a repeated tactic by developers, looking to lure in unsuspecting players with a wave of nostalgia. That has seen notable successes, but Alphadia is sadly an attempt that otherwise suffers. 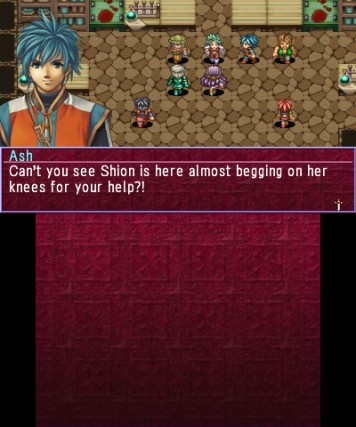 It is able to find strength in its accessibility but largely feels uninspired, a game that goes through the motions but otherwise lacks the pulsating soul that will retain your attention long enough to see it through. Which is a shame, really.

In taking inspiration from the past, it seemingly becomes an excuse for Exe Create as to why the experience largely feels underwhelming. There are corners cut at every turn, and battle encounters lack any gravitas or sense of urgency in neutralising the foes that confront you.

Your party can call on Energi, which, if we disregard the name, is simply magic. Each character has their own affinity, with the player required to use the relevant spell to expose elemental vulnerabilities in battle. Shops will arm you with newer weaponry, but, in seeking to create an accessible game, these overly empower your party at the frequent points that the stores restock with stronger weapons that there is a minimal challenge for the majority of your quest. 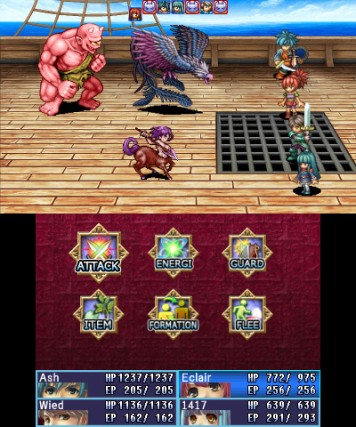 While I can appreciate the resources necessary to port it to Nintendo 3DS, which is done admirably here, an added insult is that it is being charged at a premium on the Nintendo eShop. Priced at a mere £2.99 on the App Store, it carries a hiked £8.99 price tag. That wouldn’t normally be such a point of contention for me, but considering the four Alphadia games are bundled at £9.99 on the App Store, the criticism is roundly valid.

Given that Alphadia first saw release on iOS in 2011, the most damning criticism is that it lacks relevancy on Nintendo 3DS. The genre has advanced in those five years, and Nintendo’s handheld has been able to build a robust catalogue with experiences that better represent it. Bland and lacking any emotive spark, it comes hard to recommend.