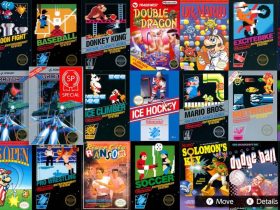 The Behemoth has revealed that Alien Hominid Invasion is in development for Nintendo Switch.

This reimagines the original Alien Hominid, delivering a co-op run ‘n’ gun experience for up to four players – whether that be in local or online multiplayer.

Promising “chaos, mayhem and a whole lot of explosions,” you will unlock and equip weapons and boosts before beaming down to Earth to observe the oddities of human life while abducting intel from your enemies.

“Alien Hominid Invasion is a whole new approach to our flagship title from 16 years ago, using everything we’ve learned along the way!” explains The Behemoth art director and co-founder Dan Paladin. “While the game will be familiar in some ways, it is very new and different in others.”

Alien Hominid Invasion will release on the Nintendo eShop for Nintendo Switch worldwide in 2020.