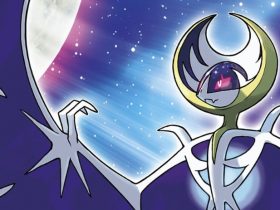 Next Pokémon Sun And Moon News Lands On October 27th

LEVEL-5’s Akihiro Hino has become the latest games industry luminary to receive the Minister of Economy, Trade and Industry Award.

The award ceremony was held at the Tokyo Game Show 2014, with Hino commended for LEVEL-5’s work on Professor Layton, Inazuma Eleven, Little Battlers eXperience and Ni No Kuni. More recently, it is Yo-Kai Watch that the awarding body described as a “big social phenomenon” with their transmedia efforts encompassing TV animation, comic books, toys and the game itself.

The award, which was established in 2008, recognises an individual or organisation that has made a significant contribution to the growth and development of the Japanese games industry. Over the years it has been awarded to the likes of Shigeru Miyamoto, Dragon Quest creator Yuji Horii and The Pokémon Company’s Tsunekazu Ishihara.