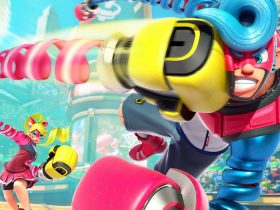 Harking back to glory days of platforming adventure seems to be a trend in games that will be going nowhere fast. Not that it’s really an issue as most developers are hitting a sweet spot where retro meets modern for a great, new experience. Having recently played and reviewed Metagal which took great inspiration from Nintendo stalwart Mega Man, Aggelos looks to SEGA and the seminal series, Wonder Boy.

One look at the bright and bold graphical leaning of Aggelos is enough to show that Storybird Games wants to transport players back to sitting cross-legged in front of boxy televisions. These vast oversized sprites piece together to create a slice of nostalgia ideal for players young and old. The experience of the game is that of Saturday morning cartoons – plucky warrior is recruited by an old King to protect the kingdom and the princess from oncoming evil.

By venturing across distant lands to find elemental magics, only you can save humanity, etc, etc. It’s a worn trope, but one that is often kindly overlooked purely for its sentimentality. We all like a downtrodden hero surviving against the odds; and survive is the right word for Aggelos. Because while the spirit of 16-bit games is in the veneer, it runs deep also. 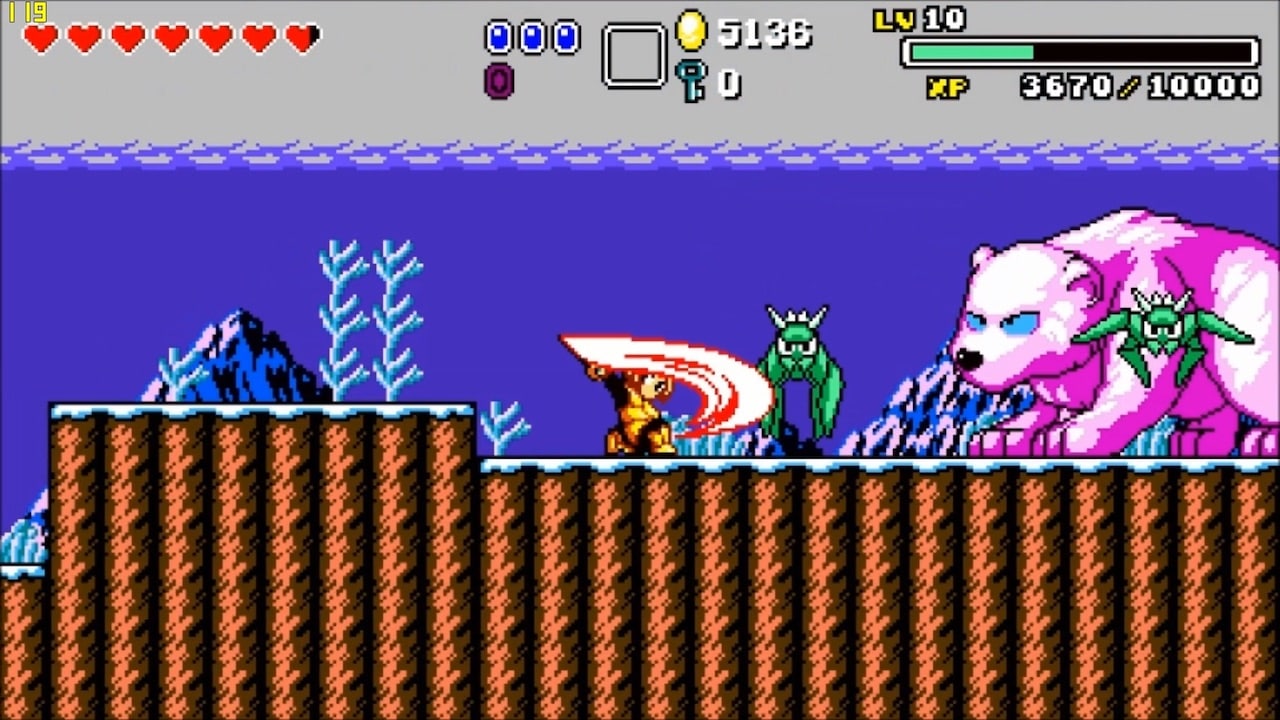 The platforming and combat are tight, responsive but also unforgiving. Bosses hulk over you at the end of worlds and the journey there is populated by ever respawning enemies. Leaving an area to return later means enemies will return, never truly removing any speedbumps along the way. These trivial baddies aren’t such a problem, although their hitboxes feel traditionally wonky at times, in fact, they’re essential to progressing.

While Aggelos looks like a Metroidvania, it’s also a light RPG as well. Enemies drop coins to purchase new weapons and armor, along with items necessary for healing. They also churn out XP for your warrior to become stronger while filling a magic gauge allowing for special abilities to be used. For example, after killing the first boss you acquire the ability to turn enemies into temporary platforms to reach new areas. But this can only be done a few times before needing to kill more creatures and refill the meter.

What’s most impressive is how the game never becomes tedious in the way some retro-inspired games can. The retreading of ground always offers a small reward to encourage exploration. Meanwhile, the developers lean into modern touches nicely – using elemental weapons to dominate certain enemies and the addition of a herb carried on your person which will refill your health on death… but only once. Although death never really penalizes you too much; checkpoints are scattered throughout leaving you a place to save and effectively set up a safety net. 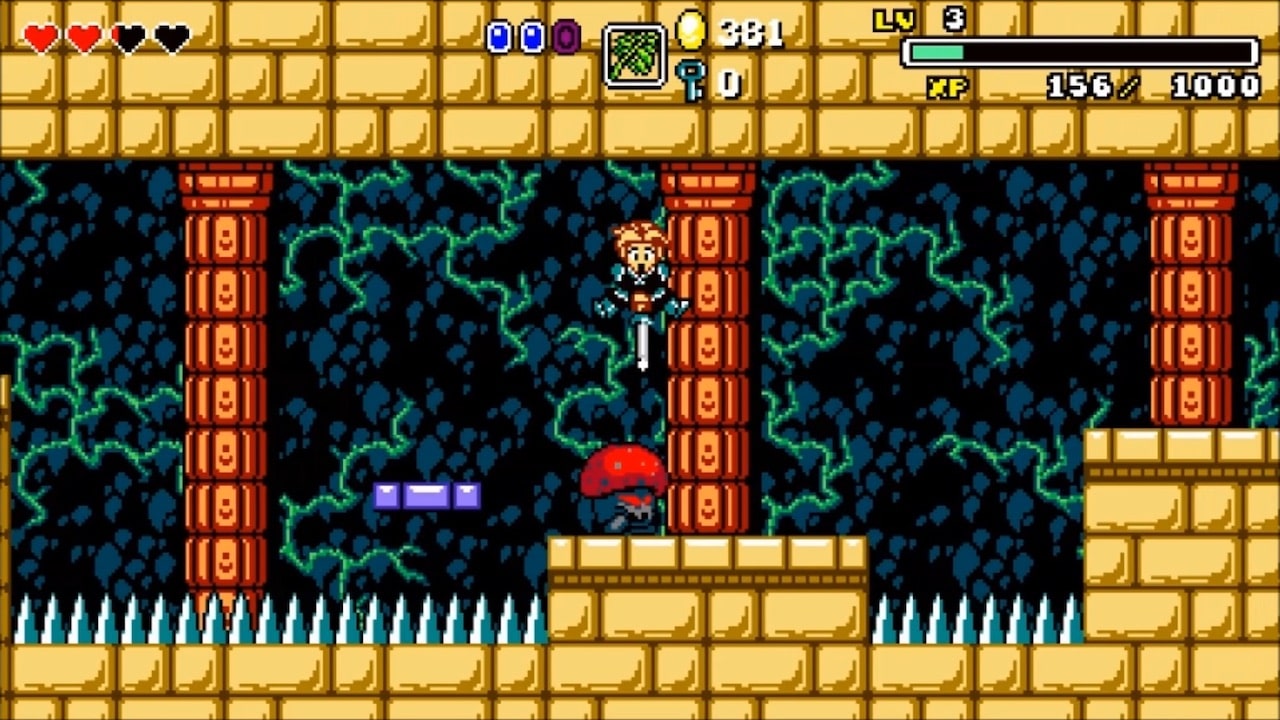 When nostalgia is fuelled in this way, it’s easy to see why so many developers want to mine our collective experiences. Games like Aggelos exist, then succeed. Even to those who didn’t experience these types of games first time around will enjoy them because they distill basic mechanics and ideas down into a simple joy. Everything feels intuitive from the pace of the characters to the random elements of big battles.

While some could complain of the game being a touch too short – a skilled player could finish it in a day – my main complaint comes from the lack of clarity within the RPG elements. Aside from equipping a weapon to change strength stats or armor for defence, there’s little more to really play with. Perhaps these ideas could have been explored with a little more depth while still retaining the simplicity found elsewhere.

Aggelos is a lovely sweet spot for those looking for a bite-size experience which delivers quality in almost every aspect. It looks and sounds wonderful in both handheld and on a big screen. While the difficulty of old may not appeal to all, the game does a great job of making you feel like you worked hard to win and learn from defeat. Aggelos feels ageless, which is a truly lovely thing to experience.