Following the announcement that they are to scrap both their Guitar Hero and True Crime franchises, CEO and President of Activision, Bobby Kotick has unveiled a new internal studio within the company, Beachhead.

Whilst details remain thin as the Activision Conference Call continues to progress, Kotick confirmed that the studio is to focus its efforts on “the development of an innovative new digital platform and special services for our Call of Duty community.” This will ensure “the delivery, digitally, of new, innovative Call of Duty content and services that will enable tens of millions of players around the world to continue to enjoy the experience that Call of Duty offers.”

It is believed that such a move will see Call of Duty adopt a service that will be similar to that implemented within StarCraft II: Wings of Liberty in the form of the Battle.net, and may perhaps see the oft-rumoured arrival of subscription-based multiplayer.

Such details were further expanded by Geoff Keighley on popular social media site Twitter, who wrote “Beachhead will create online community to “super charge” Call of Duty. A new “platform” for COD.”

However, whether this could be a studio that solely concentrates its efforts on producing downloadable content and services to further support and establish the Call of Duty franchise, or whether Activision are seeking to expand the series in new directions, a la rival Electronic Arts and titles such as Dead Space: Ignition, remains to be clarified.

Later during the Conference Call, having been queried by investors as to further details regarding what content the studio will provide, Activision responded that they would make such announcements at a “later date” when they are more prepared to do so. 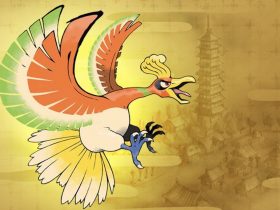 Did You Know Gaming Covers The History Of Pokémon Rumours

November 10, 2019
Do NOT follow this link or you will be banned from the site!