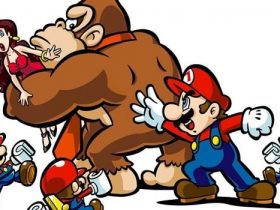 Activision and Cartoon Network Enterprises have today unveiled plans that they are to release Generator Rex: Agent of Providence later this year.

Based on Cartoon Network’s top-rated animated series, Generator Rex: Agent of Providence allows players to take control of Rex, a teenager who has harnessed nanites within his body to become the ultimate weapon.

Within the game, Rex finds himself in a race against time to prevent Van Kleiss and his minions from gaining unprecedented powers that could destroy the earth!

Villains, known as E.V.O.s (Exponentially Variegated Organisms), are infected with “nanites” which mutate their hosts into malicious beasts. An organization named Providence was created to combat these villains with Rex’s help. Players will fight through the depths of the jungle, the scorching deserts, and the heart of metropolitan cities, while on the lookout for blueprints to create bigger and better weapons to use in combat against the increasing power of the E.V.O.s.

“Generator Rex embodies the best of boys’ action: a conflict-driven storyline, aspirational characters and an arsenal of cool weapons and vehicles,” commented Pete Yoder, Vice President of U.S. Consumer Products for Cartoon Network Enterprises. “Activision’s Generator Rex: Agent of Providence captures this non-stop excitement and is the perfect title to extend the brand to the vital interactive market.”

David Oxford from Activision Publishing adds, “This is a property tailor made for video games. We look forward to unleashing Rex’s powers in a way that fans of the show will love.”

Generator Rex: Agent of Providence will release for Nintendo DS, Nintendo 3DS and Wii, alongside PlayStation 3 and Xbox 360 version this October.