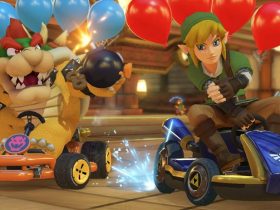 You will play as The Nebelgeschwader in events that take place at the same time as the original game but on a different front, with the German elite squadron operating from a secret base in the Bermuda Triangle.

With an action-packed campaign to brave, you must defeat waves of enemies and six epic bosses in 25 new levels – with the chance to use skill trees to upgrade the characters in your squadron.

Aces of the Luftwaffe Squadron: Nebelgeschwader will release on the Nintendo eShop for Nintendo Switch worldwide on November 13th.