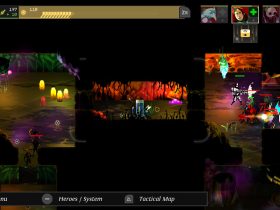 Dungeon Of The Endless Descends On Nintendo Switch This Spring

NinjaBee have confirmed plans to release A World of Keflings on Wii U later this year.

Having previously released through Xbox Live Arcade, the popular city-building game will see “significantly” enhanced visuals, as well as leveraging the capabilities of the Wii U GamePad.

“The Wii U has allowed us to significantly enhance the game’s visuals and, with the Wii U GamePad, explore new ways to interact with the game and its characters,” explained art director Brent Fox on the developer’s blog.

A World of Keflings will release on Wii U through the Nintendo eShop later this year.