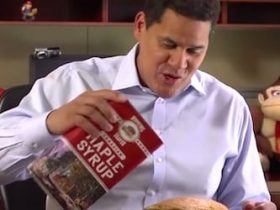 Spanish indie developer Risin’ Goat have turned to Kickstarter to help fund A Rite From The Stars, a 3D point ‘n click adventure game that could be headed to Wii U.

At the time of writing the project is currently sat at having achieved $6,499 backing of their overall $40,000 goal, with 24 days left to go.

Said to be inspired by classics such as Broken Sword and Day of the Tentacle, A Rise from the Stars takes you to the Mystical Island of Kaikala where you will help Kirm, a mute boy from the Makoa Tribe. Chose by the stars to take on a legendary mantle among his tribe, Kirm will leave his childhood behind as he sets out to complete the tribe’s rite of passage. Kirm must conquer trials that will test his Wisdom, Courage and Spirit, before tackling one last challenge before he can be considered a legend.

A Rite From The Stars is scheduled for release for Wii U in February 2015.