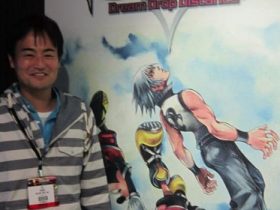 Google have once again served up the best surprise alongside April Fools’ Day, announcing that they are to release an 8-Bit version of Google Maps for the Nintendo Entertainment System (NES).

As you can see from the copyright, Square Enix provided Google the rights to base this April Fools’ venture on the NES origins of their enormously popular Dragon Quest series.

The accompanying video also suitably amusing. Google explaining that they “run more than a hundred thousand servers to overcome the NES’s technical limitations”, as well as the need to “blow on the cartridge to fix bugs”.

Another highly commendable effort goes to the fan made Assassin’s Creed for Kinect trailer, which provides much hilarity, as well as the Nintendo Dubstep Experience 3D.

You can view the Google Maps 8-bit for NES announcement video below: