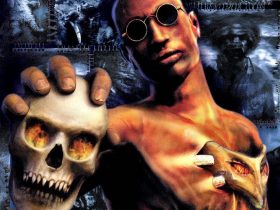 60 Seconds! has such a brilliant concept. Set in the Cold War, this dark comedy adventure of scavenging and survival comes from developer Robot Gentleman and stars an American family that lives with the constant fear that the Reds will strike their town with a wayward nuclear missile.

The government-endorsed fallout drill will teach you what you need to know to prepare, which, for some reason, doesn’t actually promote keeping your nuclear fallout shelter stocked up for when you need it. Instead, when you hear the warning siren wailing in the distance it indicates that you have 60 seconds before the inbound missile impacts.

This sees the time that you spend with 60 Seconds! split into two sections. First, you will manically dash around your house as you gather up supplies to chuck down the hatch to your shelter, which undoubtedly presents the game’s goofiest moments as you trip over furniture to grab as much as you can in time. Your character – the dad, Ted – can only carry as many as four items at once depending on their size, so, when his arms are full, you have to rush over to the hatch to start stockpiling what you have before running off for more. 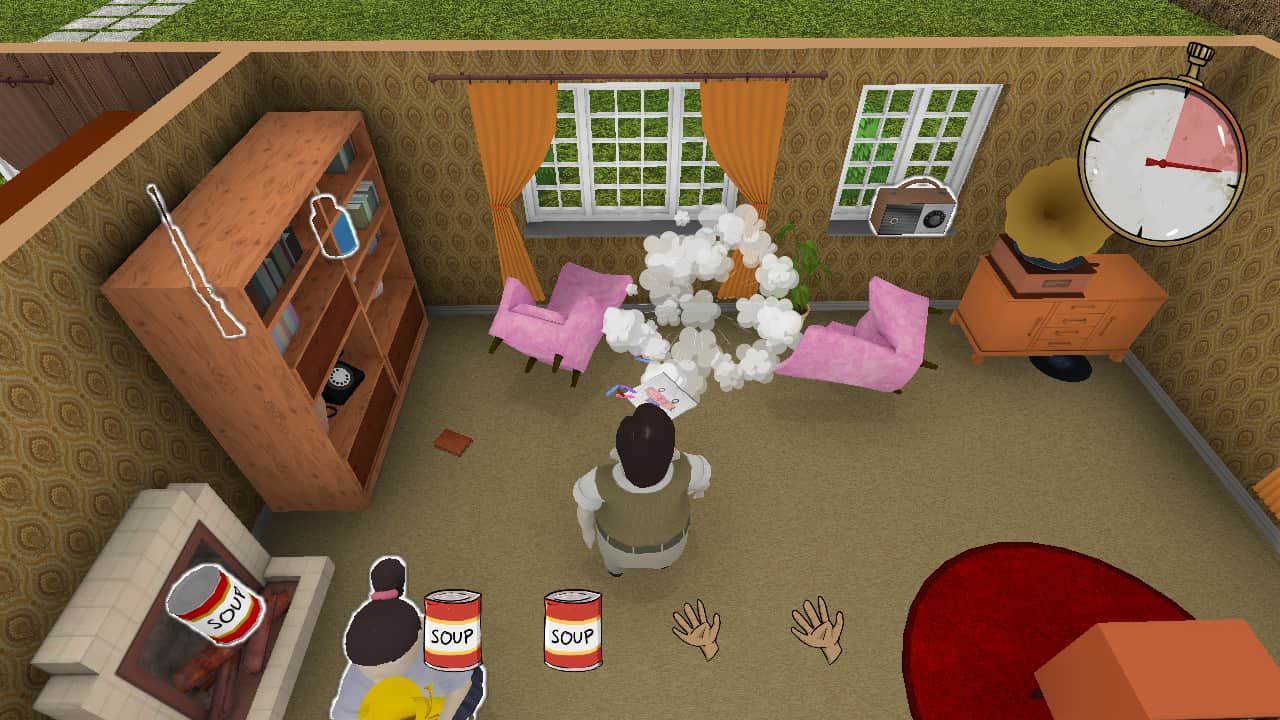 You may decide that family comes first and, therefore, set out to place your wife Dolores, son Timmy, and daughter Mary Jane in the shelter. But, other than that, you will be grabbing items like a radio, suitcase, rifle, chessboard, map, padlock, flashlight, or even a Boy Scout Handbook. The limited time makes this all the more frantic, leaving you to decide what’s most important to take and what can be left behind – the fact that everything is procedurally generated only adding to the panic, seeing as everything is never in the same place each time.

It’s important that you choose which supplies are the most essential for your survival because you don’t know how long you will have to live in the shelter before it’s safe to leave. That means that you will soon come to realise that bottles of water and soup cans, which can feed a family of four for a day, are vital. You will end up in your
shelter with whatever and whomever you brought with you, and it’s in this second part to 60 Seconds! that the experience becomes slightly unstuck.

It is here that 60 Seconds! throws in resource management mixed with difficult decisions that you are left to make. The cans of soup and bottled water must be rationed out to your family to help keep them sane – not being able to survive more than four days without water, and a lack of food making them weaker while risking that they become sick. If you leave family members behind
it leaves more rations for the others, but, well, that all depends on your own guilty conscience. 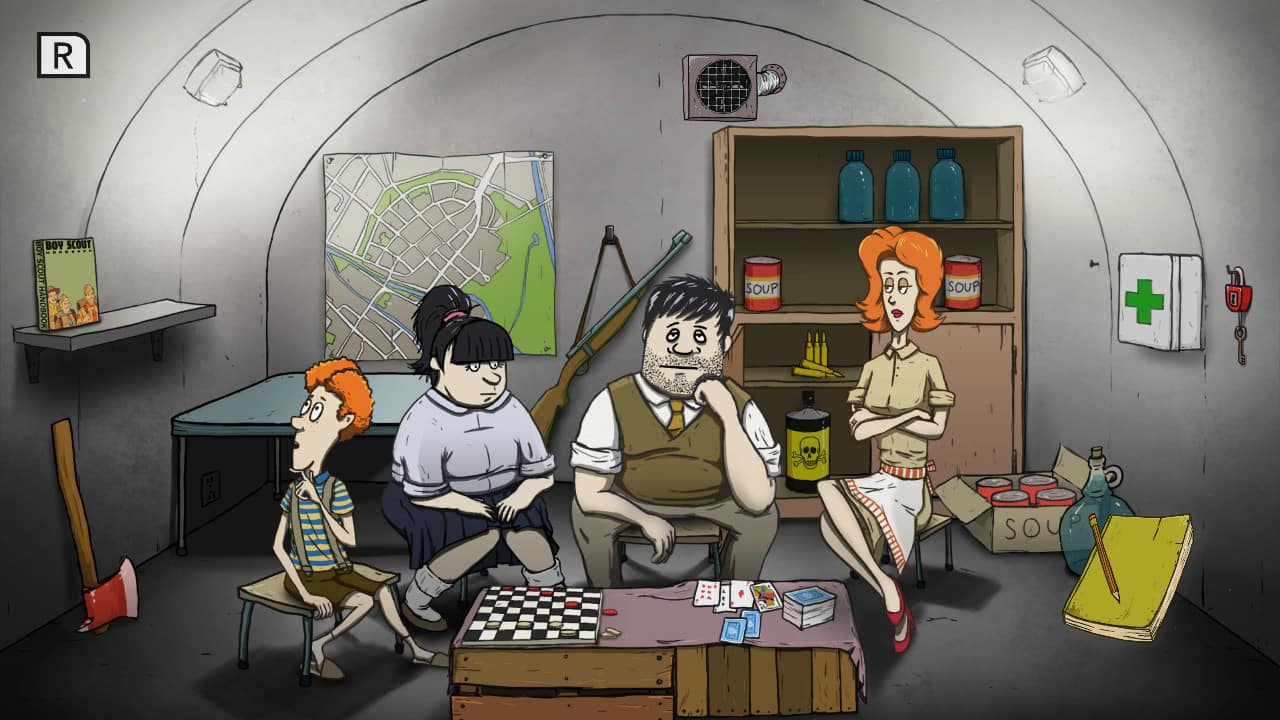 As the days pass your family will become more dishevelled, a diary outlining what has been happening and if there are any problems that need addressing. The main worry that you will have are your rations, but more that you will need to keep them stocked up. That involves sending a family member out on expeditions into the nuclear wasteland, which, if you start doing too soon can see never come back or return in a sickly state. It’s something that you need to do to restock your food and water though, which, if that runs out, will see them perish from starvation or dehydration.

It is in the random scenarios that you will find yourself in that 60 Seconds! delivers some much-needed humour, whether that be debating whether to cook your children’s hamster, to play shadow bunnies with your flashlight or not, or to use the padlock to secure your shelter’s entrance – something that would help you sleep soundly at night, but could prevent anyone from rescuing you. That every time that you play the game will be different becomes much of the attraction, even if your life surviving in the shelter can feel a little too unpredictable and doomed to failure.

The difficulty that 60 Seconds! has lies in maintaining your interest after the first few times that your family’s mental state descends into crazed madness. Challenge mode will reward you with items for collecting specific items and family members before descending into the vault, perhaps a realisation that the game’s frantic opening is where it is at its most entertaining. Whereas the Classic mode will let you select between different difficulties – Little Boy, Fat Man, and Tsar Bomba – and whether you want to do the scavenge part, survival part, or both.

There can be no doubt that 60 Seconds! ranks among the more hilarious and unexpected additions to the Nintendo eShop for Nintendo Switch. But it’s also a game that isn’t without its shortcomings, whether that be ever so awkward button input or worries around its longevity. There’s still fun to be found in surviving a world now ridden with mutant cockroaches, but your enthusiasm to exist in it is likely to last for as long as the family survives in the shelter before giving up.