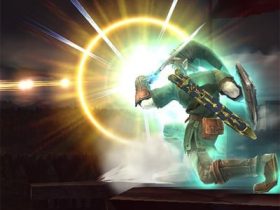 The Legend of Zelda: Ocarina of Time 3D to release in Japan on June 16th

With this year’s Game Developers Conference (GDC) taking place in just a few weeks, the event’s organisers have released their second “state of the industry report.”

This presents the results of a poll completed by 2,600 professionals working within the games industry across North America, participants being current or past GDC attendees, which seeks to create a “picture of the game business as it stands right as we enter into a new GDC.”

One question included in such poll is that which asks “on which platform(s) do you anticipate your next game will be released?,” which resulted in a rather negative response toward those looking to work on Nintendo’s platforms.

Wii U saw 4.42 percent (114 developers) say that they were developing games for the console, whilst even the resurgent 3DS scored a rather dismal 1.9 percent (49 developers). Last year, the same poll saw Wii U attract 4.6 percent of developers, so, for better or worse, there is little change there.

Comparatively, 19.66 percent (511 developers) are looking to develop titles for PlayStation 4 and 16.95 percent (440 developers) for Xbox One, although it was PC, smartphones, and web browser titles that look to be drawing the most attention.