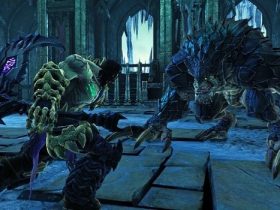 The Nintendo 3DS Game Card Case has returned to Club Nintendo, Nintendo of America have confirmed.

A previously popular addition to the reward catalogue, it allows gamers to store up to 18 Nintendo DS or Nintendo 3DS Game Cards.

Notably, four double-sided covers are included with eight designs that are inspired by Super Mario Bros. and The Legend of Zelda series.