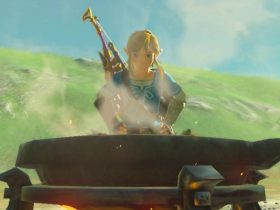 Learn How To Cook Sautéed Nuts In The Legend Of Zelda: Breath Of The Wild

Nintendo have today confirmed that they will reveal new 3D Mario and Mario Kart titles for Wii U at E3 2013, with playable versions of both games available on the show floor.

The Nintendo EAD Tokyo Software Development team, who were previously responsible for the Super Mario Galaxy games for Wii as well as Super Mario 3D Land for Nintendo 3DS, are currently hard at work on Mario’s latest platform outing.

Global president Satoru Iwata wouldn’t provide any further details, but asked fans to be patient and anticipate their unveiling in June.