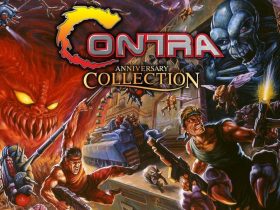 Kickstarter’s first ever successfully backed game sees release on Wii U this week, with Midnight City and Barnyard Intelligence working together to bring the 8 and 16-bit hybrid to the console.

Taking inspiration from timeless RPG and adventure classics, this self-styled 12-bit adventure will see you in the role of Boyd. Accompanied by his sarcastic feline friend, players will traverse between two 8 and 16-bit worlds as they look to solve a crazy mystery that takes its insanity from the gaming classics that it was inspired by.

“As anyone who helped make us the first game funded on Kickstarter knows and can appreciate, it’s been quite a journey for us and for High Strangeness,” comments Barnyard Intelligence director and lead developer Ben Shostak.

“But that journey is nothing compared to the journey gamers will take when they boot up High Strangeness – it’s a wonderfully nostalgic jaunt back through the classic 8 and 16-bit eras in gaming, complete with lots of humour and surprises along the way. We had a blast developing it, and we hope players have a blast playing through it.”

High Strangeness is now available on Wii U through the Nintendo eShop in North America.